A very interesting day for all and specifically for Jenny and Bruce Collins as we were able to take them to the area where family had fought and to present them with a dossier related to that member.

We stated the day by visiting the Platamon castle that guarded the main pass through the Pinios Gorge and on to southern Greece. It was built by the Franks in the 12th Century when they controlled a vast majority of Greece. However, they only held it for 15 years until the Greeks conquered the area back. 70 years later the Ottomans conquered the area and did not demolish the castle walls as was the norm, but reinforced and repaired many times to provide defence against raiders, mostly pirates.

The castle is being slowly restored and as it was the area of the battle on 14-16 April 1941, was damaged slightly but as the NZ 21 Bn did not put troops in it or use it for observation it was only lightly shelled and spared. We left the castle and moved outside where we could see to the north and see the tunnel that went under the main feature. At that stage i explained the fabulous holding defence of the 21st NZ Bn of the 5th Brigade. The 700 men of the unit which included a troop of artillery fought and held the 3rd Panzer, Motor Cycle Bn and a Division of Mountain troops from 14th till they withdrew on the 16th into new positions in the Gorge where they met the 2/2 Bn and between them organised a defence of the Gorge that was to defer the German advance until the 18th.

Moving through the Gorge ourselves we stopped at the fountain, crossed the pedestrian bridge over a fast flowing Pinios River and met General George who is a retired Greek General and will be leading a tour that is being put together at present that will take Greeks to those places where their Fathers and Grandfathers fought in the Second World War. Firstly to the area of the Italian campaign, east to Vevi, where they stood with the Australian 2/8 and 2/4 Bns awaiting the approach from the Germans out of the Monasir Gap. The second part of the programme will visit the forts to the east that stood up to the Germans with courage and dignity in early 1941. A good meeting and we both left, happy that our plans are starting to take shape. 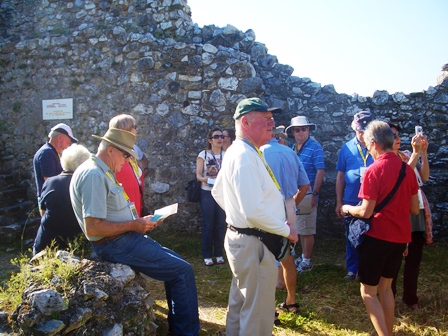 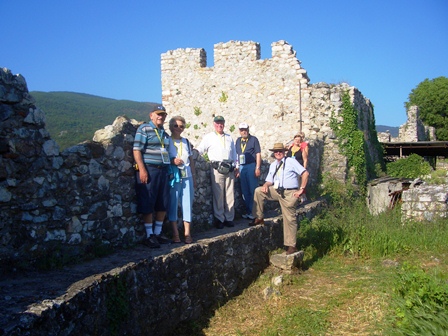 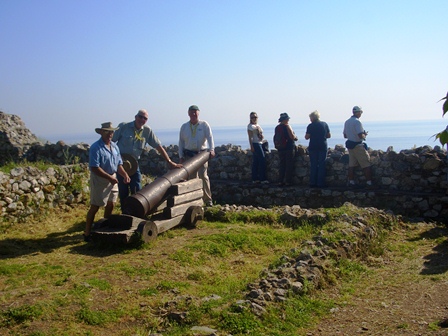 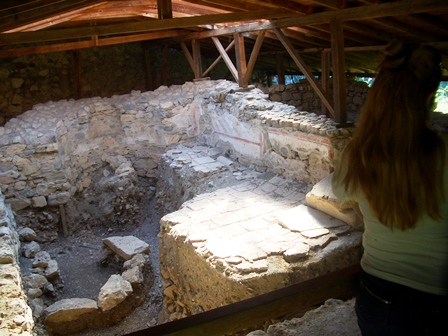 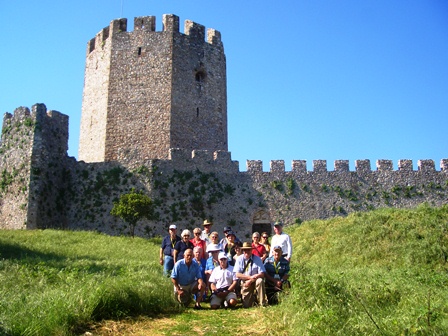 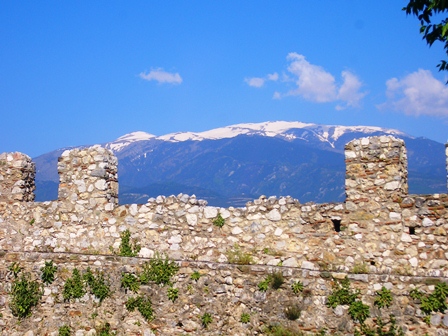 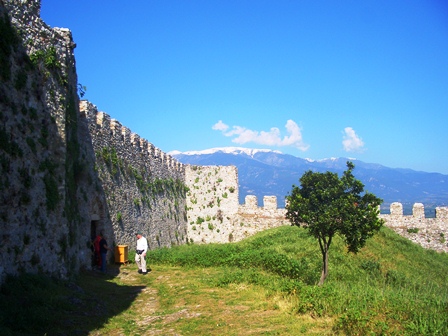 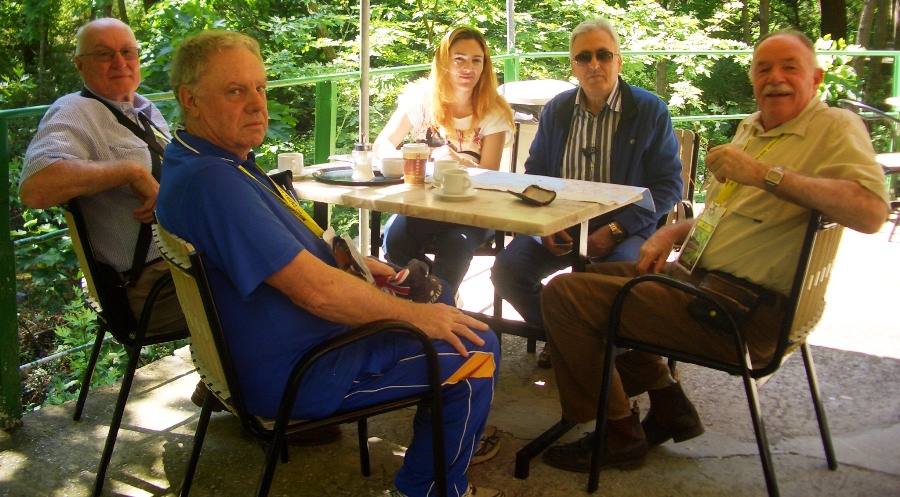 The first photo is of a group of us at the coffee shop at Tempe Gorge. General George met us there to speak about a new tour that we are sponsoring, in that preparing the programme but it will be led by General George. The programme will take Greek people to those areas where their Fathers and Grandfathers had fought. This programme will have a similar policy to our current programme but will first look at the sites around where the Greek Army met the Italians. That programme will visit Vevi. The second will be around the forts that were located adjacent to Bulgaria and Thessaloniki.

Then we have a couple of photos showing the angry Pinios River. After proceeding through the Gorge, we went to Gonas and discussed the advance of the Germans and their crossing of the river. The river that was then known as the River of Blood to the German command. The presentation was given in a detailed manner and all seemed to appreciate having such a presentation giving on the ground where the action had occurred.

We then retraced our steps and climbed high into the foothills of Mt Olympus where we had lunch in this little village.

Following lunch an old man came and spoke to me about what he remembered about the War there at Platamon. He was a shepherd controlling many sheep as a 10 year old shepherd. He discussed seeing the German plane come down not far from where we were standing. He is 81 now and still going well. 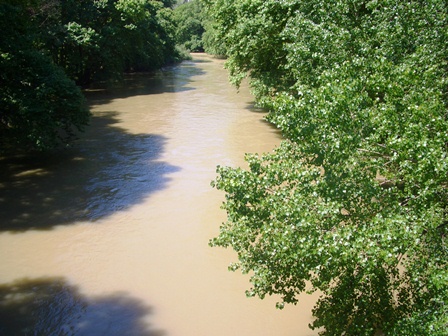 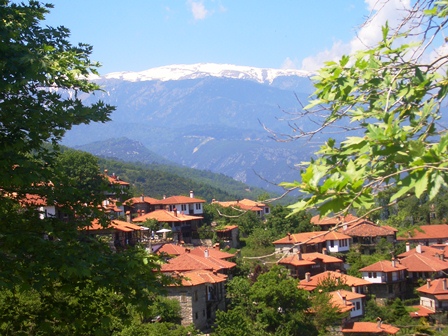 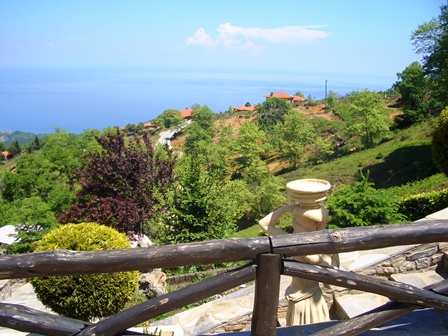 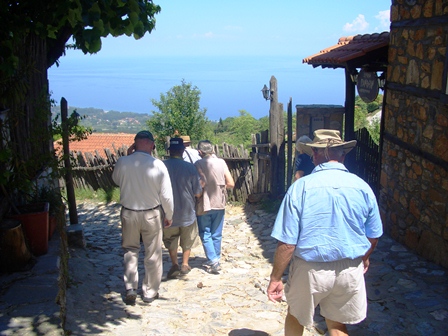 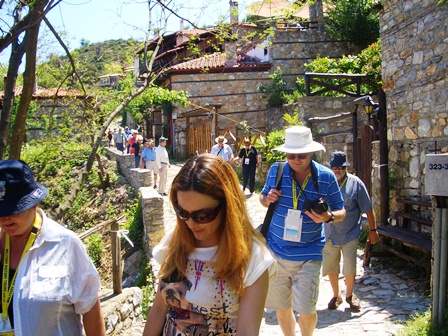 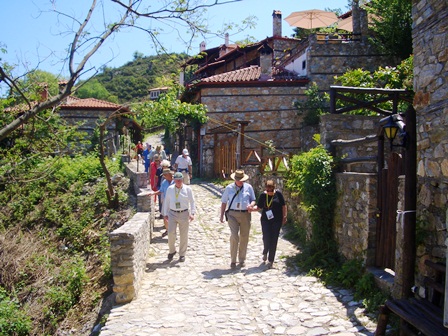 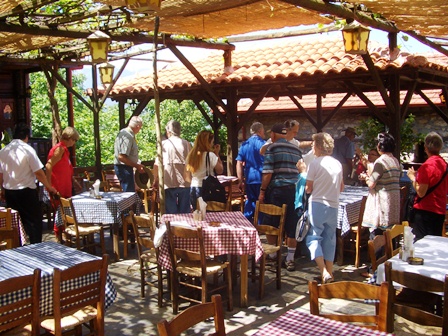