0830 found us at the now refurbished HMAS Canberra and RAMSI Memorials for the moving ceremony hosted by the Australian High Commission to commemorate the loss of the largest Australian ship to be sunk in battle 72 years ago and the sailors for whom it is their grave. The small but appropriate service was very moving.

We then picked up our snorkelling gear and headed out to Vilu. The main road cut by trenches dug by locals to reduce traffic speed. The final approach along a jungle track had our tour guests intrigued. The destination had them amazed. A collection of Japanese artillery pieces and US aircraft on display in a jungle setting. Combat aircraft buffs spotted a Douglas Dauntless, P38 Lightening, Hellcat and floats from a Catalina with wildflowers growing through them.

Off again through the scrub, we headed for the hulk of a Sherman tank, rusting in a clearing. Educated on such terms as glacis plate and mantelet, there was a need to be refreshed. What could be more refreshing than to snorkel over the wreck of the Kinugawa at Bongi Beach.

Our snorkelling gear duly returned, we found ourselves at the hotel for lunch.

According to our itinerary, the afternoon was to be free. However a chance encounter meant we were invited to visit the Golden West Humanitarian Foundation's Bomb Disposal facility at Hell's Point near Alligator Creek, site of the Stuart Tank we had photographed from a distance. Roger Hess, Director of Field Operations explained the role of the organisation in training the Solomon Islands Police in munitions recovery and disposal. Hell's Point was the site of three US supply dumps in World War 2; all had been blown up, but many munitions remain. We also got to look at five Stuarts close-up and a display of munitions that the team had made safe. Dangerous munitions finding in and around Honiara is almost a daily occurrence, there is a team of trained Solomon Islands Police at Hell's Point ready to deploy 24 hours a day, 7 days a week.

Returning we thanked our guide Bernard, and driver Joe for jobs very well done and retired for a well-earned drink before another sumptuous dinner at the hotel.

Tomorrow we go our separate ways, most going home to Australia and the USA, others staying-on for more Solomon Island adventures. 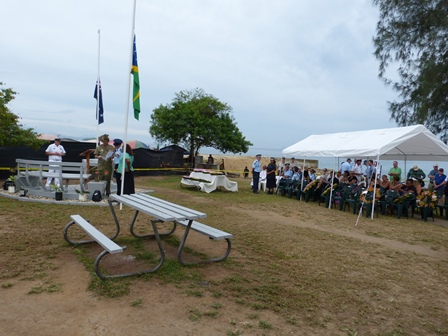 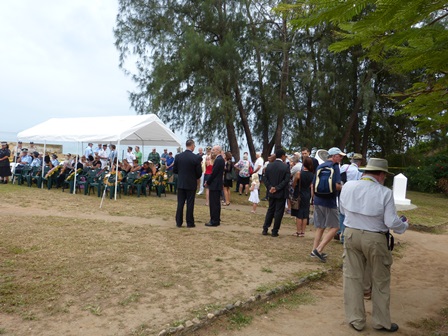 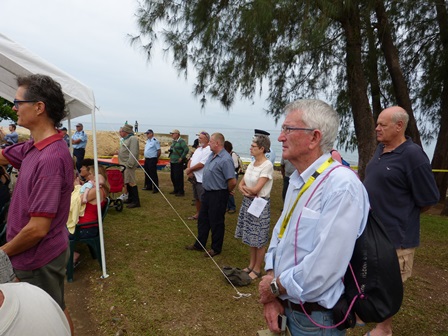 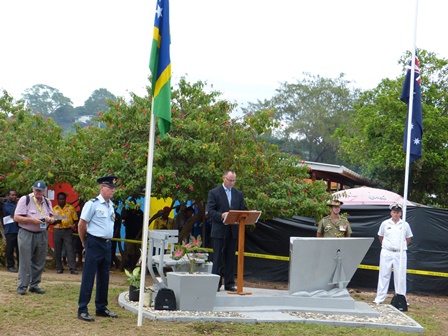 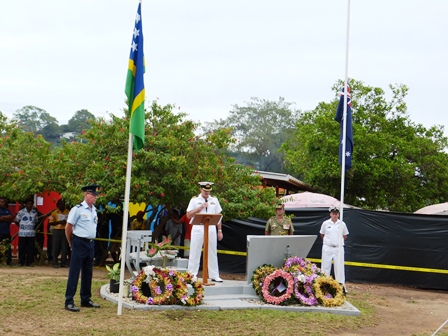 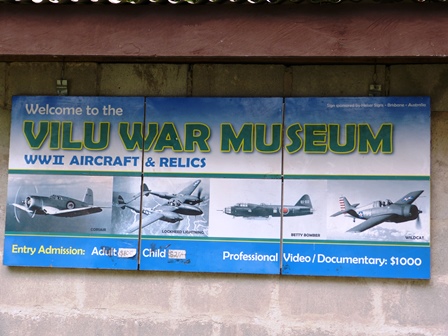 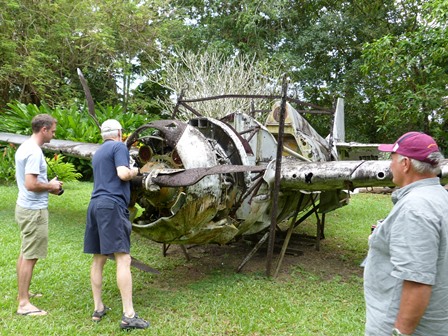 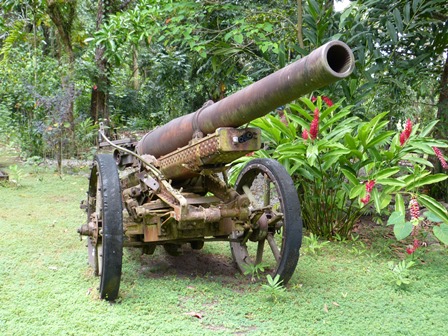 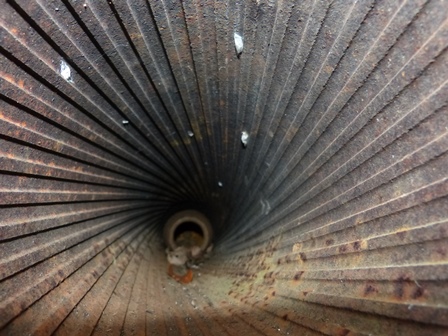 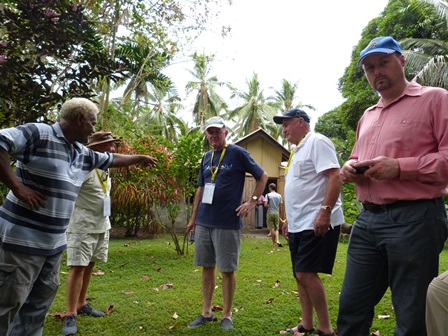 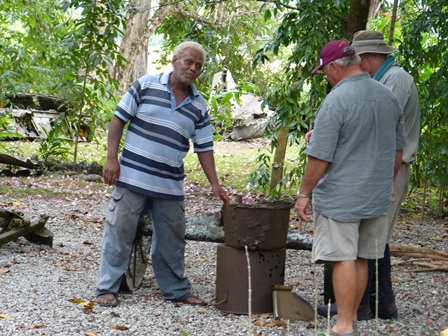 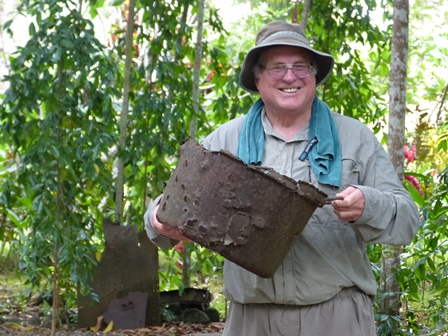 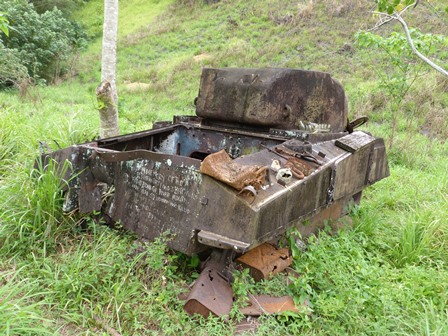 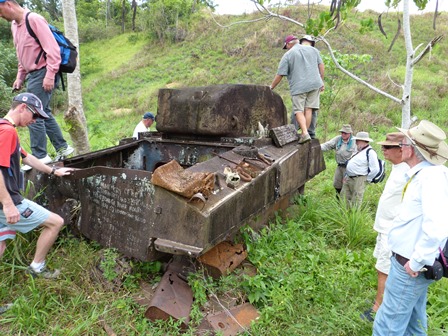 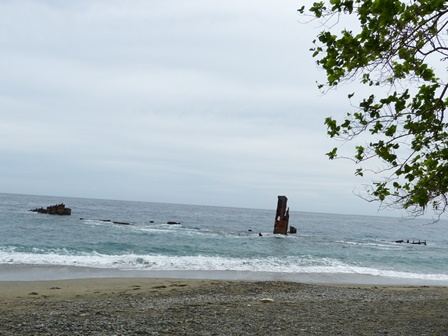 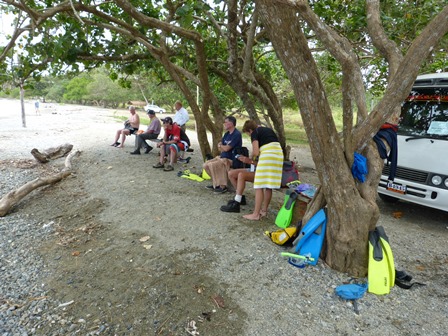 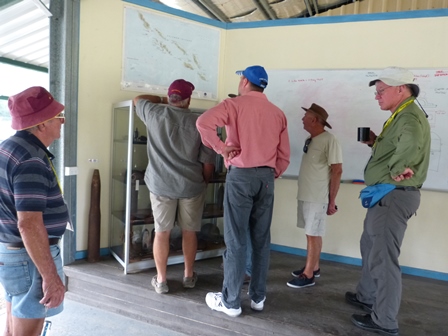 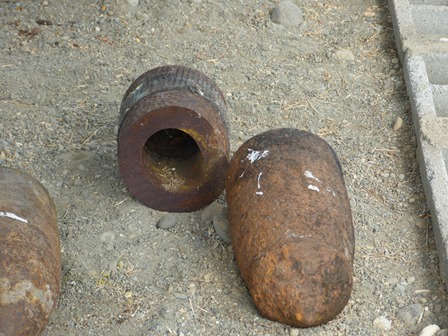 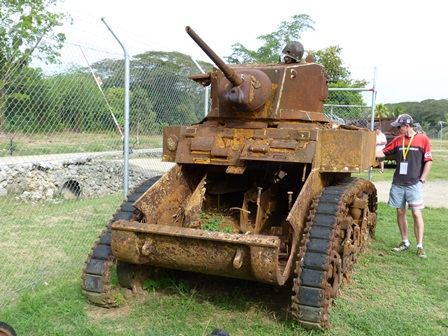