We had breakfast at 0630. At 0800 Ellie with a guide and driver from Kabaira Dive picked us up in the bus. As this was our last full day in New Britain, we were finishing off seeing the items that members of our group had raised as the wish list.

We drove past the 'floating crane' in Karavia Bay to see the 'hospital tunnel' site. There we saw a hospital tunnel that was a bit away from the usual tunnels. It was a blind tunnel that had been used for a ward; it may have been used for infectious disease cases. This tunnel was a distance up a creek from the usual tunnels. The usual tunnels were multilevel tunnels that were used as accommodation and administration area for the hospital area. There was a Chinese memorial erected by Taiwan for the Chinese killed in New Britain by the Japanese. As the Japanese were executing so many prisoners by hanging and beheading, they build a concrete pit into which the blood and heads from the beheadings were allowed to flow.

We next drove by 'Tunnel Hill' (or North Coast Road) to the Volcano Observatory. In bright sunlight, we had a great view over the areas of Simpson and Matupi harbours. We identified what we believed was "Frisbee Hill" where Lt Selby's antiaircraft battery was located in 1942. We observed the area of Lakunai Airfield (lower airfield) and completely abandoned suburb north of the airfield. The volcano was still steaming out of two vents.

The next stop was Tawui Point, the most northern point of New Britain. Here the beach goes out for about ten metres then drops directly to a depth of about 70 metres. Here the Japanese had wharves on the small beach that were connected to caves in which supplies for submarines were stored and issued. After removing our shoes and wading in knee deep sea water, it was possible to inspect the caves. After wading back and replacing our shoes we climbed up the track to the top of the point. There were a number of Japanese defensive positions on the top and north western side of the Point. These appeared to be two main coastal defence gun positions, a director position, an anti aircraft weapon site, a search light position, a command post and an electric generator post.

Then onto the Rabaul Hotel for a Chinese lunch. While lunch was being prepared, we examined the bar area; there were a number of machine guns and a bomb hanging from the ceiling. In a dark corner of the bar was a 1975 RASvy map of Rabaul town. Most of the town has gone after the 1994 eruption. The hotel had been dug out and was operating as a shadow of its past glory. There was a Japanese bunker in the hotel grounds. On a ledge beside the steps descending into the bunker were 3 machine guns.

After lunch very heavy rain started, as we drove to 'Yamamoto's Bunker'. It appeared to have been a command bunker. There was an unusual domed compartment off the main bunker area with the ceiling marked with compass bearing. We walked to the 'New Guinea Club' which is next to the bunker. The club is now a museum of the Rabaul area from the start of colonial times with copies of photos during the different periods. There is a machine gun on the verandah outside the entrance. The pumice from the latest eruption with the rain had turned into a black slush. On the walls of the club were a number of plaques. The brass shields and brass plaque centre pieces had been turned black by the fumes from the eruptions.

On the edge of the abandoned Lakunai (Rabaul) airfield was the remains of a Betty bomber. It was in an aircraft servicing area, when it was damaged and burnt out during one of the many Allied air raids on Rabaul.

We then drove up the 'Burma Road'. This is in the general area of the 'Big Dipper Road' of 1941-1942. At times the rain was so heavy, that we just could see the edge of the road that we were driving along. We missed the opportunity to use the lookout on this road. We drove along the abandoned Vunakahau airstrip (Upper airstrip), then thru Toma back to Kokopo Beach Resort. 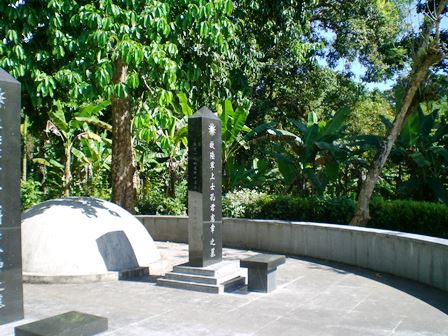 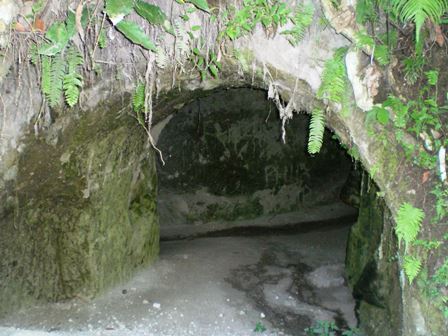 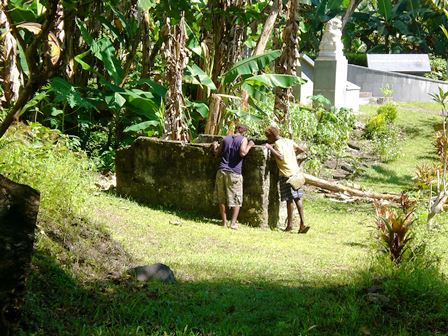 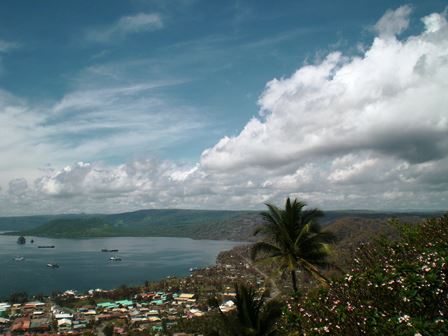 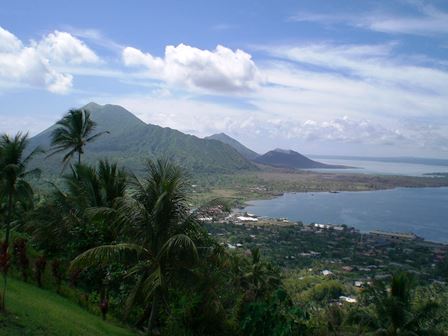 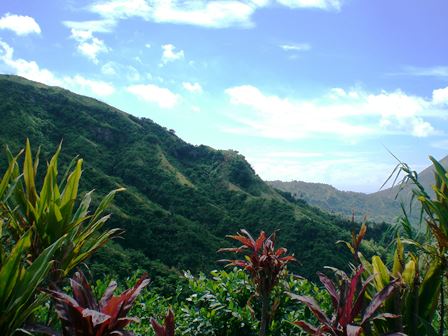 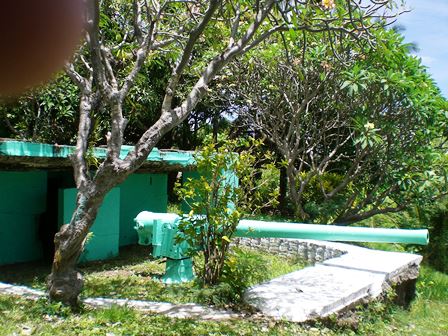 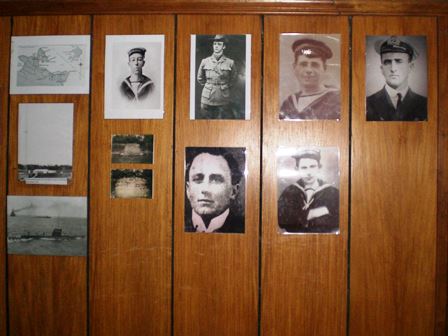 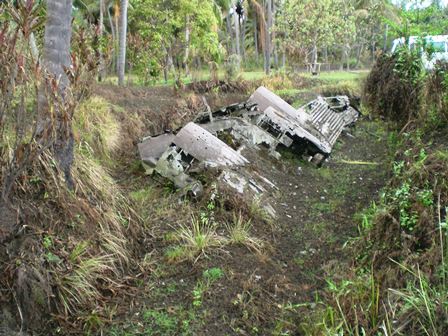 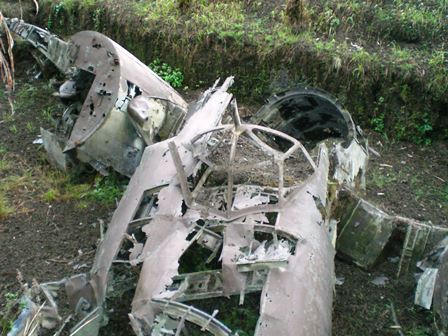