Today we started our trip back south but due to a function tonight that requires our driver, Fanis, to be driver around 11PM, we had to hold our departure until 11AM.

We proceeded on the highway as yesterday we had spent time in the Vevi Pass. We continued on past Xinon Nero to the holding position at Sotir and Rodona. This is where the tired 2/4th Battalion were asked to debus and take up another defensive position as part of the 1 Armd Brigade covering force. Their CO reported that they took up their positions and there was not a murmur of descent, just good soldiers doing the job asked of them. After a short engagement the Battalion were withdrawn towards the Servia Pass postions high up in the mountains.

Moving on we passed through Ptolemaida to the area of the only tank versus tank battle of the campaign. This was a win for the 1st Armoured Brigade supported by the Hussars, NZ Machine Gunners and the ant-armour Battalion. Many of the 2 pounder anti-armour guns were mounted on the back of trucks which enabled them to speed off to the western flank of the valley in support of the Armoured Brigade to meet the German huge right hook that tried to bypass the defensive position. The ground of this action was visible to us as we moved south past Ptolemaida. The German Force was heavy beaten here losing many men and tanks but at the cost of our only armoured brigade in Greece. Our tanks were not lost from enemy action but they were worn out and due to limited opportunity to carry out major repairs, they broke down and had to be left behind.

We continued on to our appointment with the people of the village, Ano Komi, where the ladies of the village supported by the Youth Group had a beautiful lunch waiting for us. Following lunch we visited the new Church and in accompaniment with the old retired priest and his wife, were given a recital by the ladies choir. We then proceeded to the old Church which has been repaired following an earthquake in 1994, this Church was built in 1896 and it was where the now retired priest started in the village over 50 years ago. Health reasons have made him retire.

Again we moved on to a further old Church, built in 1860 that is used for Baptisms and other special functions. The priest stated to us that he has Baptised over 3500 babies in his time there.

We will be returning to the village for dinner so we bid them farewell and headed out to the top of the pass at Veria where the 2/1, 2/2 and 2/3 Battalions were perched covering the approaches to Servia from the East. We found the 2/3rd Battalion position where they allowed the 2/1 and 2/2 Battalions to pass through on their way to Servia. This area was an ideal location from where to explain the movement to the Servia Pass of the 3 Battalions.

It was very cold and raining when we climbed aboard our coach to head back to our Hotel in Kozani to prepare for dinner. 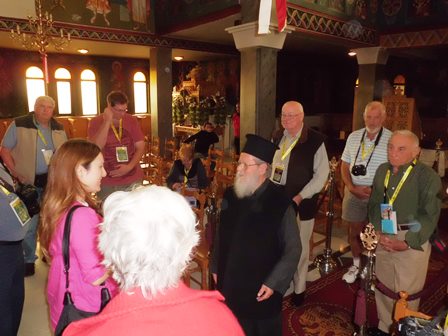 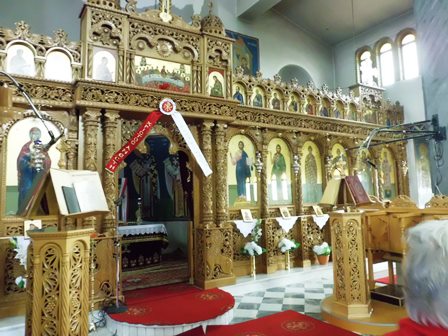 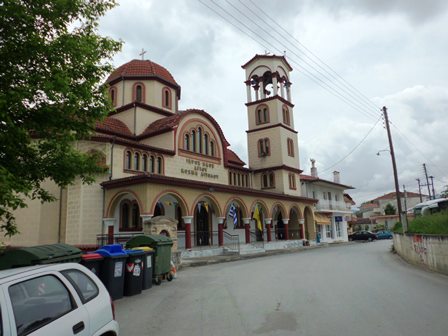 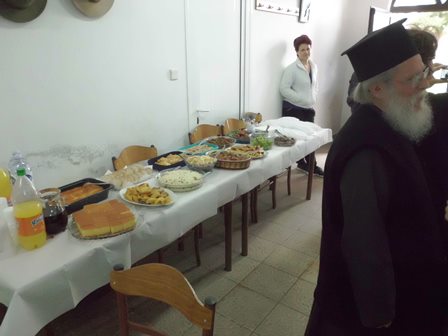 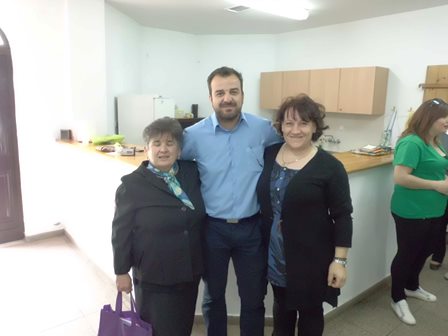 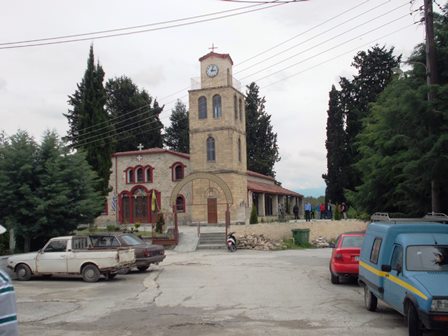 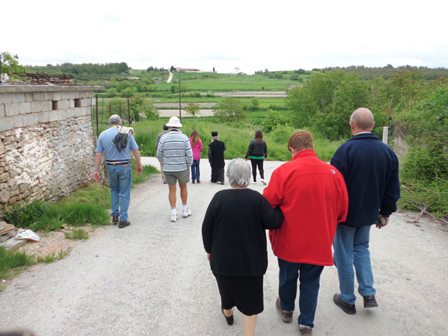 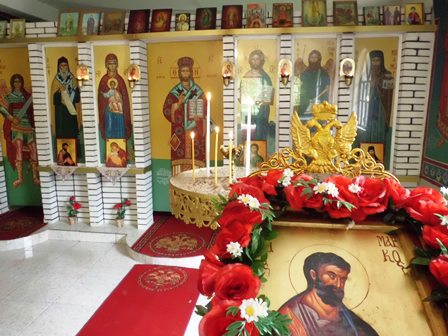 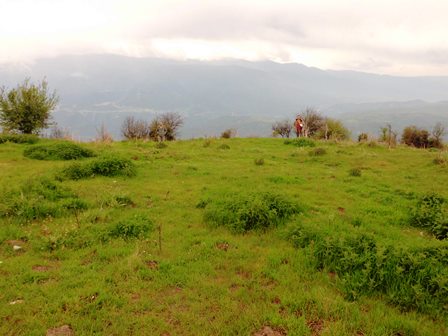 It is 23:30 here in Kozani and our group has just arrived back at our hotel after spending a very pleasant evening with the Youth Committee at a special restaurant just outside the village of Ano Komi.

The evening started with the 11 year old girls from the village performing the local dances. So graceful, so confident, so charming. This team dancing develops self confidence in the girls and as they progress into new age groups, the confidence is enhanced.

Our group then were invited to join in, and we did. A wonderful night spent amongst wonderful people. 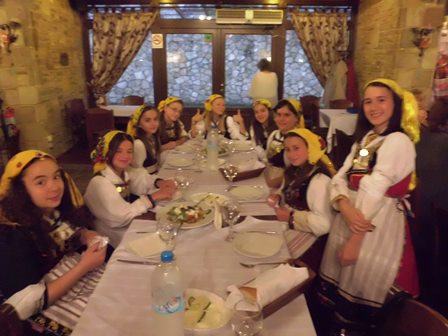 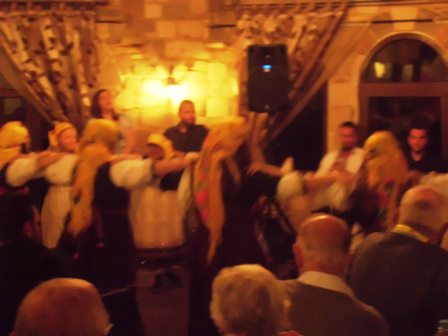 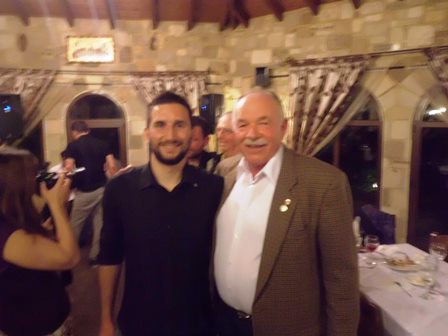