Today we were to travel from Delphi north to Kalambaka where the Brigadier Savage defensive position was located and to visit the Monasteries at Meteora. An 0830 start took us to the West to Amfissa which is the major city in this region. Prior to passing Amfissa and its ancient Acropolis we passed through the valley of the one million Olive trees that had be in this valley since the time the Oracle at Delphi was established. From Amfissa we proceeded north through the gorge between the two mountain ranges to the small village of Gravia. The scenery through the Gorge was beautiful as were the tall and straight Cyprus Pines dotting the landscape. At Gravia we had a coffee from the little café located near the new Church and also enjoyed the home made biscuits that Maria had made for us and they were stored in the ANZAC Biscuit tin that I had left with her last year, they were enjoyed by all. In 1821 Gravia put itself on the historical calendar by being the first site that had revolted against the Ottoman Rule and in an Alamo type defence the 160 local fighters had defeated the 6000 Turks sent to kill them. After taking over 300 casualties and realising the fortified Greeks were there to stay, the Turks withdrew. From then on untill the 1880s there was many battles against the Turks which finally freed Greece from Turkish rule.

Leaving the village we headed towards Brallos Pass but first stopped at the Cemetery prepared for those who had died in the Military Hospital located nearby in Gravia. Many buried there were victims of the Spanish Flu and their deaths were in late 1918 and early 1919. We then visited the sites where Brigadier Vasey had established some defensive positions as a counter for the Germans breaking through and impeding the withdrawal of our force to the evacuation beaches near Athens. Next stop was on the old Brallos Pass Road where we were able to see across the valley the railway bridges brought down by a commando type raid by a British Group who had been dropped on the Aegean Coast, carried out the demolition and returned to the Adriatic Coast for pick up and return to the UK. Quite an extraordinary task, that was a success.

Making our way down the old Brallos Pass Road we stopped at the new Memorial that had been established by the 2/2 Field Regiment in memory of those under Lt. Anderson who had been killed at the site by counter battery fire on 22 April 1941. There was also a section of 9 men from the 2/4th Battalion who were posted as close protection for the guns and were also killed in the exchange of fire. The were 2 guns located on a ledge 2/3 up the road to provide protection for the withdrawal of the main body. Lt Anderson was in command of this group and the exchange of fire with the Germans lasted many hours with over 160 shells landing near Anderson's group prior to the final destruction of his guns. He received a Military Cross and Gunner Brown a Military Medal for their actions there. It is interesting to note that most of those in the 6th Division were either in the Militia before the War or enlisted for the first time on the Declaration of War. This Division was truly of the people and not professional soldiers, Anderson had been an Accountant and Brown a Tram Conductor. As Denise's father had travelled over this road three times, moving up to the battle zone in the north, withdrawing south after the actions and the north again as a POW and Tim whose Father had advanced on the road to the north and also withdrew to the south, we had then walk on the road in the footsteps of their fathers. A moving moment for us all.

At the bottom of the Pass we crossed the Sperkhios River and headed into Lamia for our lunch stop. Following lunch we hit the road again on our way north to Kalambaka but first visited Domokos where Brigadier Lee had developed a very strong blocking force with the intention to gain time for the main group to clear the bottleneck at Lamia.g off again for Domokos. At Domokos, we were able to view the layout of the defence of the site. There were 5 of our Battalions supported by Field Regiment, Machine Gun Battalion, anti-armour deployed in this blocking force and the Hussars were in support and were well out to the front of the position in a covering force role. Their was in fact no need for the force there to actually be in contact with the enemy as the Germans did not follow up and all in our Force cleared the Lamia bottleneck early and enabled Lee Force to withdraw.

We pushed on to Kalambaka in less time than previous years as the new highway had opened. Tomorrow more to see and more to do. 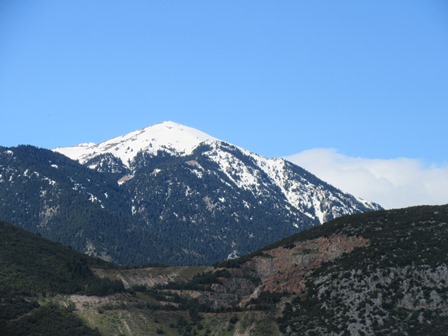 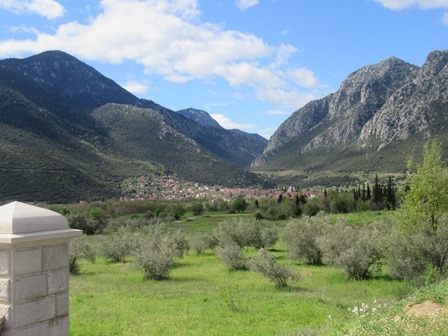 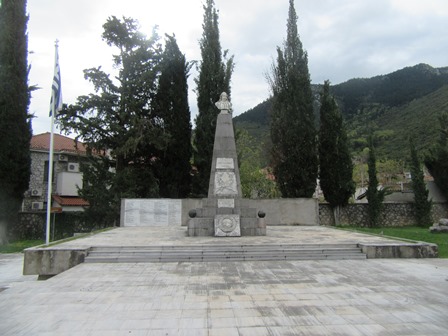 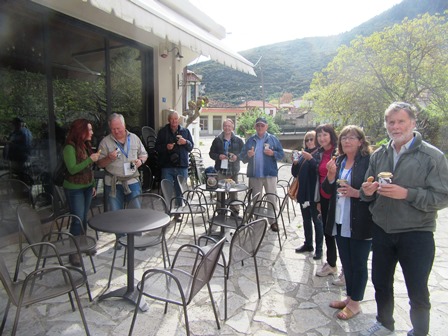 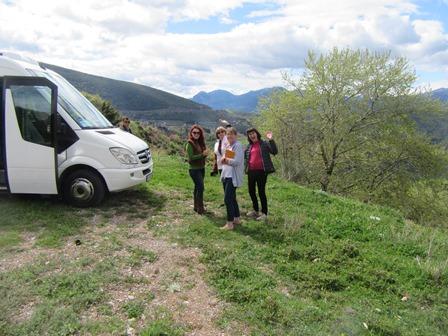 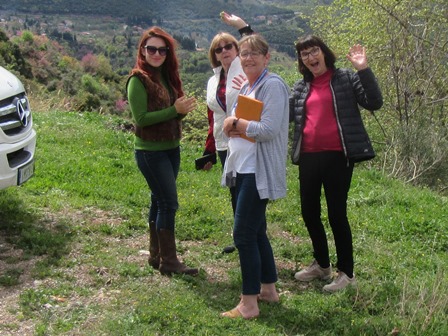 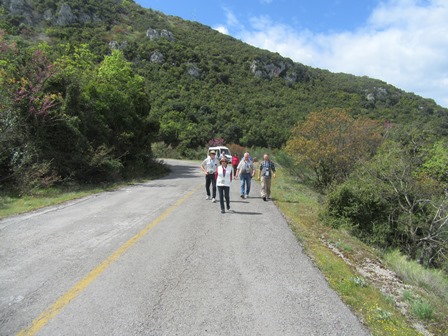 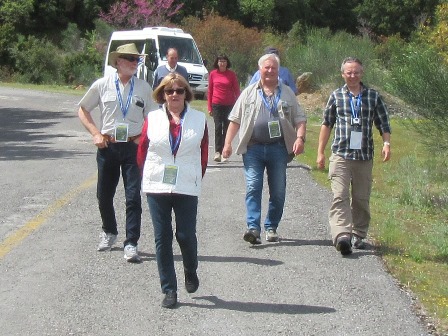 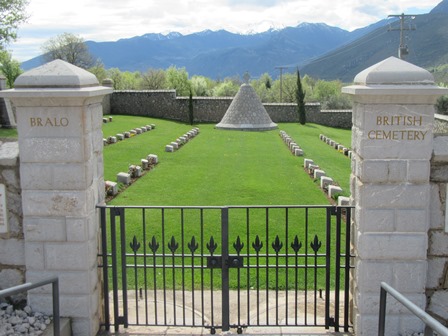 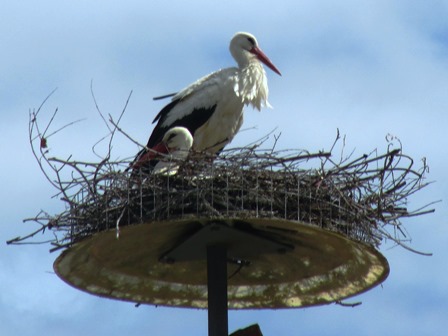 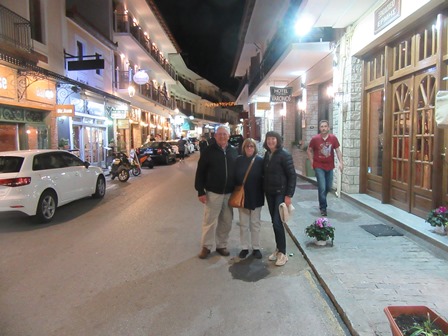