A truly amazing day of touring. Up early, we had breakfast at 07:00 then off to the battlefields.

First stop Aribirnu to check-out Atatürk's message, solemnly wander through the grave markers then walk on ANZAC Cove. From there we walked to the North Beach commemoration site. Back on the bus, we travelled to Beach Cemetery to see Simpson's Grave.

A brisk walk took us to Plugge's Plateaux where we could see the original trench lines and the knife edge that forms the northern boundary of Monash valley. Back on the buses we rode to the start of Artillery track. Another walk took is to Shell Green Cemetery and the grave of Private Richard Preston of 8 Bn who had survived the Wilmansrust incident in the Boer War only to die on the day of the landing at ANZAC Cove.

Onward we marched to Lone Pine where John No 1 told the story of his great uncle Lance Corporal Max Howitz, Lieutenant Burdett Nettleton, Major James Reid and Sergeant J Green, all of whom lost their lives and have no known grave. Back on the bus, we visited Pope's post, the chessboard and cup; start line, battle site and objective for B Squadron 1 Light Horse in August 1915; the action in which Lieutenant Nettleton, Major Reid and Sergeant Green were lost.

Then a visit to the Nek where a description was given of the battle depicted in the film Gallipoli where the 8 and 10 Light Horse were sacrificed. A short visit to Chanuk Bair, then return to our hotel for luncheon. The remainder of the afternoon was taken-up in a trip to Çanakkale for our swimmers to be briefed for tomorrow's race. 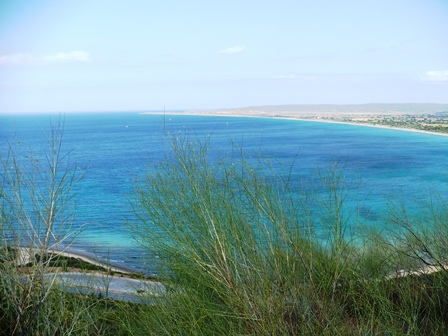